Photographing The Stars With A Samsung Galaxy S9 Plus

So I've done a few videos on the cameras and photography abilities of the Samsung Galaxy Note 8 and S9 Plus on my YouTube channel and I keep getting comments and requests to do a video about if they can shoot the night sky.  Well I finally went out the other night to test it and made a little video about it.

Here's the video if you'd rather watch than read:

So I went into it thinking that it would be pretty bad and that the phone image just wouldn't work out or hold up at all.  Well, I was kind of wrong.  First off, I didn't have good conditions for shooting stars, since the moon was out and 80% full, and the Milky Way wasn't scheduled to show above the horizon until after midnight, and I couldn't stay out that late that night.  Barring those two issues, I was surprised at how well the phone did, despite its limitations.  The biggest limitation I was bummed about is the fact that even in Pro Mode, the S9 Plus only has a max shutter speed of 10 sec.  There's absolutely no reason for that.  They could have easily set it to 30 sec, which would have made this a much more capable and desirable night shooting phone. The other limitation is the S9 Plus only has a max ISO of 800.  I mean, you really wouldn't want to max out a phone's ISO anyways, the sensor is just so small and it would look absolutely horrible.

So just for fun, I decided to compare my phone to my Canon 5D4 and 1DX2.  I think we all know which came out on top for that one, but I'll post the images anyways.  For the comparison, I set both cameras to roughly the same settings. 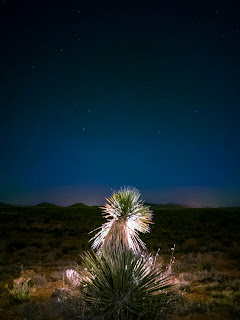 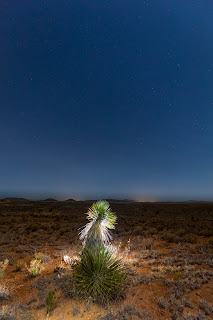 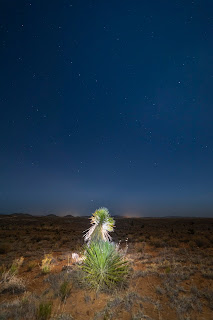 Obviously, the DSLRs win on everything, but I was surprised the S9 Plus image didn't look too bad.  Another thing to note here is the lenses, I didn't have the same lenses for the DSLRs, and obviously the phone's camera lens is much less quality than the real lenses.  So this was in no way a scientific test at all, it was just for fun. So you can actually get some night shots with a smartphone.  I plan on going back out and trying again during the new moon and when the milky way is up, so be on the lookout for that video and blog!  Oh and if you like this kind of stuff and want to see more, then definitely go check out my YouTube channel and subscribe there, because I post at least 2 videos every week and there's a lot more content.  I try to keep the blog going and updated, but sometimes it falls behind.  So go subscribe to my YouTube and follow me on Instagram for more daily stuff!
Posted by Brent Hall at 8:30 AM No comments:

Brent Hall
Welcome to my blog! I'm Brent Hall, an adventure photographer/videographer and owner of Light Benders Visuals. I use this blog for three main things: 1. As a follow-along to my adventures. 2. To help you become a better visual artist by posting tutorials, tips & tricks, and all kinds of useful information pertaining to photography and travel. 3. To write about and review anything and everything that is related to photography, videography, and adventuring. If any of these topics sound interesting to you then I invite you to enjoy my writings and subscribe to the blog so you can stay up-to-date with my adventures, tutorials, tips & tricks, and more! If you wish to inquire more about my professional services, you can email me at brent@lightbendersvisuals.com or visit my website www.lightbendersvisuals.com